The following information may be triggering to those with eating disorders. Please be mindful should you continue reading.

A severe and life-threatening disorder, Binge Eating Disorder is characterized by recurring episodes of excessive food consumption. A recent but important addition to the officially recognised list of disorders, binge eating is capable of immense harm to the body and mind. Let’s understand what exactly this disorder entails. People who binge eat are not just driven by hunger or due to a metabolic need. For some it’s the hedonistic value, for others compulsion to eat and yet others for the stress relief. Binge eating is a behaviour which develops into Binge Eating Disorder.

A binge eating episode is characterized by the following:

Binge eating episodes are also accompanied with at least three of the following:

Binge eating is an insidious disorder, it gradually develops over a period of time. Be wary of these warning signs:

Binge eating directly impacts your physiology and psychology, it comes with a plethora of symptoms. They include

CBT directly targets the core of binge eating since both the psychopathology of eating disorders and over-evaluation of shape and weight are cognitive in nature. A study suggests that people start with extreme and highly specific dietary rules when trying to reverse BED. However, this tends to fail and patients are further negatively affected. CBT helps in this regard.
Cheers and see you soon, 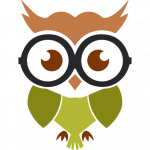