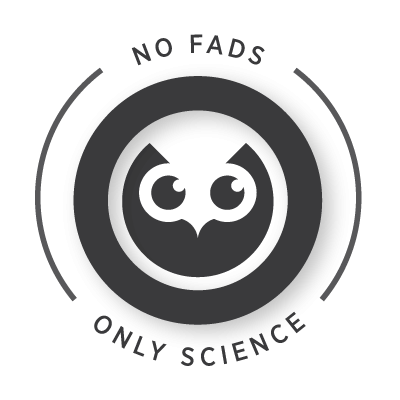 We are back with our supplement series for the month! So far, we have covered protein and protein related supplements and commonly used vitamin and mineral supplements. While the former is still a never ending list, this article aims to cover more performance oriented supplements. Athletes use supplements for a variety of reasons:

Athletes are always on the lookout for something to boost their performance. This article will cover supplements whose efficacy is backed by science. These supplements have been extensively researched and have been found to benefit different types of sports. If you are an athlete, why not give this a read!

What is Nitrate?
Nitrate is a molecule that plays an important role in the nitrogen cycle and also in cardiovascular health, blood pressure and exercise performance.

Where do you find nitrates and how does it actually work?
Dietary sources of nitrates include fruits, vegetables and processed meats (1). Vegetables such as beetroot, celery, spinach, rocket (argula) and lettuce are rich in nitrate. High amounts are also found in cabbage, kohlrabi,parsley and fennel (1). Dietary nitrate is converted to nitrite (by bacteria in the mouth and gastrointestinal tract) and further reduced to nitric oxide (1). This nitric oxide is what causes vasodilation (widening of the blood vessels) and results in decreased blood pressure. Nitric oxide also seems to play a role in calcium handling, glucose uptake, neurotransmission and muscle force production.

Why would athletes find supplementation beneficial then?
The content of nitrate found in green leafy vegetables and beetroot vary with soil conditions, time of year and even storage. Hence, like any other supplement, as the specific dose of nitrate is known, athletes would benefit from its usage. This is beneficial when performance is a goal. It has been shown that dietary nitrate supplementation lowered oxygen uptake during moderate to heavy intensity exercise in healthy participants (2). A recently published systematic review and meta-analysis concluded that dietary nitrate supplementation can positively impact endurance exercise capacity (3).

Would only athletes benefit from nitrate?
Not only does dietary nitrate help in performance, since nitrate lowers blood pressure (6), it could potentially help in the general population as well. Not everyone needs to supplement with nitrate! Inclusion of good amounts of beetroot and green leafy vegetables into your daily diet is a great starting point!

What is caffeine and where is it found?
Caffeine is the most widely used psychoactive drug or stimulant. Yes! It is a drug! Like we all know, it is found in coffee beans, tea leaves and cocoa beans. Infact, as you would have all noticed caffeine is also added to energy drinks and soft drinks. However, the amount of caffeine in these sources vary. Caffeine is now available as pills, gels and even gums!

How does it act as a well known stimulant?
We all know that drinking a cup of coffee is the best wake me up drink! The stimulatory effects of caffeine are attributed to its effect on the central nervous system. Caffeine is a competitive inhibitor of adenosine which is responsible for relaxation. Caffeine thus binds to the adenosine receptors in the brain and stimulates the nervous system. (7)

Is caffeine a fat burner?
Caffeine does seem to increase metabolic rate and fat oxidation (8). However, as a standalone supplement it is not effective in reducing body weight. While it does boost fat metabolism marginally (9), the effects of caffeine are highly variable from person to person.

Why do athletes supplement with caffeine?
Caffeine has been shown to improve performance across a variety of sports. Endurance performance (7, 10) and team sports (11) performances have seen an improvement with caffeine supplementation. Infact, the position stand on caffeine from the International Society of Sports Nutrition (12) recognises its performance benefits on strength, sprint and power based sports as well. Acute ingestion has also been shown to increase pain tolerance and perceived effort (13).

Caffeine and nitrate are two supplements that have extensive research backing their efficacy. In fact, any supplement that you choose should be effective for the particular sport you are using it for! It is evident that caffeine works well across sports while nitrate might work best for an endurance based sport. With the supplement series, our aim is to ensure you all are educated and make an informed choice when it comes to nutritional supplements.